Customized to your Vehicle

We have the exact customized fob and programming sequence for most domestic and foreign vehicles. Only the dealer can match our level of service and quality parts, but usually at higher prices! Same parts, same quality, same programming, without the wait, inconvenience, and higher price - sounds like a no-brainer!

Getting your Fob Online? You Might Want to Reconsider...

Many online remote and fob retailers will use Amazon, Ebay, etc. to sell their inferior products to you. Unfortunately, most of these products have reduced service life or do not work at all. Our products are guaranteed to work and are correct OEM licensed replacements. Should you want a less-expensive alternative, we can also provide you with a quality, American-made aftermarket part. Either way, your fob or key will give you years of worry-free performance. 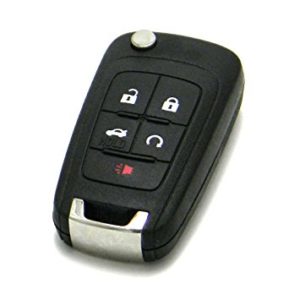 We recommend calling us first at (661) 476-0579 before visiting our shop, since we are frequently out on calls and would hate to miss your visit. Someone is always available live to speak to you on the phone during business hours to answer any questions or set up an appointment.

Unlike competitors who promise a cheap deal but then adjust the price of their services according to what they can get away with, our pricing remains consistent across the board. We are not the cheapest for good reason: we are a licensed and bonded contractor and use only top quality OEM and aftermarket keys and remotes,  but are still well below dealer rates:

We offer both OEM and look-alike keys and fobs made in the USA that will accommodate any budget - either way, we're confident that your key will work flawlessly with your vehicle for years to come.

*Some situations may require additional fees, such as all-keys-lost, onsite service, and custom programming. 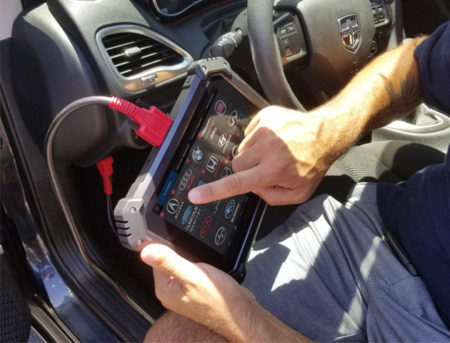 Misplaced my car keys and was able to have them replaced quickly by Santa Clarita Auto Key. Other establishments were charging an arm and a leg for a replacement. Lifesavers!

Less Than a Third of the Dealer Price

Just bought a 2020 Lincoln Navigator and needed a new smart fob. I couldn’t believe how much the Lincoln dealer wanted, so i called SCV AutoKey to get a quote. When he told me the price I was skeptical, but when the remote came in (a perfect match to the factory remote) the owner programmed it, and cut the emergency key for about a third of the dealer price, I was so pleased with the level of service and quality that I told my neighbor about this amazing place…kudos to the owner for taking care of Santa Clarita customers!

Very reasonable price and quality of the fob was excellent. Took very little time – they allowed me to sit out with the car while it was getting programmed so I could see what was being done…rare these days.

I was referred to Santa Clarita Auto Key. Best service ever! He looked at the valet key the dealership gave us when we bought our 2019 Toyota 4Runner SR5 and told us what we needed to do to get two keys that worked the car and the alarm system! He made us a spare for free! I came back within an hour of talking to him with the car in question. Made us a key, programmed it and made sure it worked the alarm system, locks and started the car!!! We ordered another key!!! He is fantastic! Unlike the dealership (in Orange County) that sold us the car and the alarm system with no way to set the alarm.

Great service and much quicker, simpler and cheaper than the dealership. Had my key cut and programmed in less than a half hour. Highly recommend.

My son and I came in to have our Excursion reprogrammed. The key was done in five minutes, then the tech threw in a freebie: he decoded the 5-button code on the door! Thanks again…

I needed to have a master key programmed to work on my Subaru and didn’t want to pay the dealership $150 to do it.
I went online and found that there are a few key/locksmith specialists who can program most car keys, and who are generally cheaper than the dealership.
SCAK not only quoted me the best price, but Lou, who I believe owns the shop, sounded the most knowledgeable to me, so I went in to have the work done. They charged half of what the Subaru dealer wanted, and before beginning the work Lou told me that he did not anticipate any problems, but that there would be no charge if he couldn’t do the job to my total satisfaction.
Problems arose and neither my old keys nor the new key were working properly. Lou tried several different ways to correct the problem, but nothing was working. After trying unsuccessfully to troubleshoot the problem for about an hour, he apologized and told me that he intended to fix the problem no matter how long it took, but that he would not charge me anything for his work since it was taking so long and was an inconvenience for me.
The problem with the keys had resulted in the car not starting. Lou told me that if he was not able to fix the problem he would pay for my car to be towed to a Subaru dealer and would also pay whatever it cost for them to fix it.
He ran out of solutions, so he called a technician from the company that supplied him with the computer hardware and software used for the programming. He was on the phone with them off and on for about another hour, trying everything they could think of, but even the tech was not able to come up with a solution. Then the tech called a Subaru specialist and still no one could fix the problem. They were actually going to send a tech to our location, even though it was about 6:00pm and his store closed at 5:00.
Before the tech arrived, Lou thought of one more thing to try and, tadaa, everything immediately worked perfectly!
He ended up working on it for 2 1/2 hours and would not give up until he either fixed it or paid me to have it fixed. He solved a problem that other “specialists” could not solve. He refused any payment and even offered to buy dinner for me while I was waiting!
THAT IS EXCEPTIONAL SERVICE! He earns my highest respect and recommendation!!

We can't wait to help you with your auto key needs! Make an appointment to bring your car to our convenient location or have us  come to your home or workplace.